I have so been waiting for this day! I would like to thank everyone who participated in this special cleansing. I truly did not expect what happened for me during the channeling. My experience doing this was quite different. Saturday morning just before 10:00, my back and legs started hurting. By the time 10:00 came, I was in so much pain, I honestly thought about going to the ER to get some kind of relief. I wanted to do the channeling so bad that I stuck it out, but my concentration was more on the pain. Then I realized, me being a Medium, many times I take on these soul’s pain and emotions.  And that is a lot of pain, if you can imagine how many men and young boys died, laying on that battlefield. And how many men had a leg amputated and then later died. It dawned on me afterward that is where the pain was coming from.  During the meditation, I was able to see myself get up and leave the battlefield and go into the light. That was an amazing experience in itself. For some of you that do not know, I did a past life regression that my Brother posted in his monthly message, and this is where this all started.  I saw a line up of soldiers leaving. Afterwards, the pain slowly started to decrease. I was able to get up and go about my business. Drained from all of the emotions, but not in so much pain.

I do believe that signs come to us in many forms. Later, as I was laying in my pool, I looked up and saw a beautiful heart shaped cloud. And right after that, above me, was a huge cloud in the shape of a horse. And then it dawned on me, not only did we clear human souls, but the numbers of animals that perished in this battle wanted to be free as well. That horse slowly floated above me for the longest time. It was then that I truly felt the gratitude.

Saturday night as I was laying in bed, I received a message that they all had gone. I decided that Sunday morning I would listen to Archangel Michael again to see if anything happened. It was pure peace.

This whole experience will stay with me for a long time…..

Deborah Boyd reporting on the Gettysburg battlefield clearing to Lee Ann Mason.
I saw such a beam of light, so many angels waiting. So many souls left. I felt like I was there guiding them to the light. Like a parade of souls, so many. It was beautiful. Now I have tears I know some didn’t go, but I kept telling them to go and be happy, follow the others. I had a hard time coming back, I felt so much love and happiness and good, I didn’t want to leave anyone behind. I knew I couldn’t stay. I had to come back and not let anyone follow. I am okay, but mowing grass and being outside will help in my willow tree is there waiting for me. I also know Victoria (an acquaintance) new, what ever way and she was telling me to protect myself and my property so I would be open to stronger protection against anyone who may have wanted to attach to me. Whether it had been her or any soul. The light was beautiful, I came back, I have lots of light protecting me. I felt so much love and still shed tears of love, our joy or all of the above. Very emotional experience. Love to you and Gregory for doing this.

I have always known and have been convinced that I was a part of the Civil War era. I didn’t know to what capacity and I found that I was totally something that I didn’t expect. During this meditation , I learned that I was a 17-year-old male who joined the Confederate Army. I saw my home, a cabin in the woods, while I was explaining to my parents that I had joined the militia and that I would be leaving to go to war.

I witnessed my death. I laid there after I had been shot twice, in the head and in the stomach. During the meditation after I had been shot, I started getting horrible pains in my head and my stomach. My head was pounding where I had been shot. The pain in my stomach was horrific as if I were going to vomit. As I laid on this small mound of a hill, I could feel my body starting to turn cold and I was actually shivering while doing the meditation under the covers as my body was dying. I could hear the gunfire around me and see the gun flare as the devastation took place  around me. I slowly took my last breath and died.

All night long I had a dialogue with myself as a young soldier in the 1800’s. He/me, kept asking why so many people came to the place of the battle (Gettysburg) to gawk and stare at them. The site is now a national park. So many souls from the battle remain on that battlefield. I was explaining to myself as a young man in the Civil War that people weren’t coming to stare, they were paying their respects to all who lost their lives. No one can really imagine what those soldiers went through for what they felt was a good cause. I was actually watching my own battle and envisioning the war as myself.

The Spirit of the young man told me that he wanted to leave this place. I died at the battle of Gettysburg and part of my soul still remains there. What I find odd in this lifetime is that I had fought for the Confederacy (the South) and not the Union (the North). In that lifetime, my family did not own slaves. I did live in the South at that time. In this lifetime, I do not believe in slavery and I detest the thought of slavery. I do understand it wasn’t just slavery the South was fighting for. The South also fought for their independence.

I have done a lot of past life regressions before, however this one is very memorable and will leave a lasting impression on me. I will never forget the experience and that night. It is my passion to free the spirits at Gettysburg and let them experience spiritual freedom. Thanks for your help in freeing them. 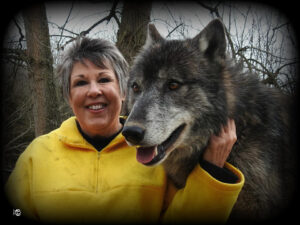